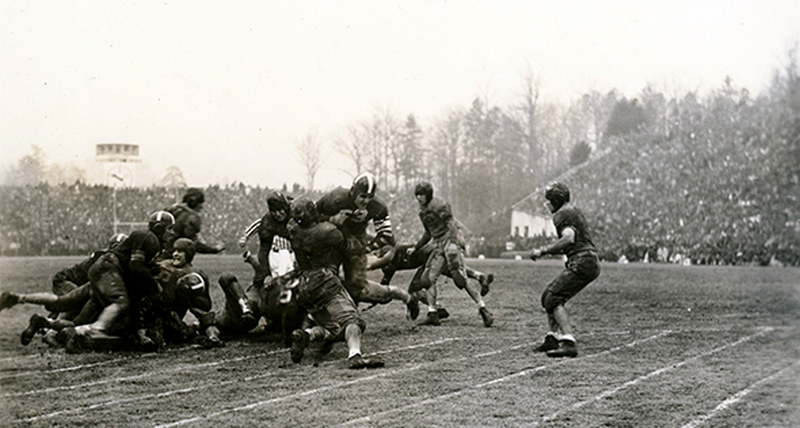 Sports-wise, Ray is all football.  He pictures himself a quarterback like Roman Gabriel who pilots his favorite team, the Los Angeles Rams, and throws the long bomb.

The seventh-grade school year nears its end.  Coach Schierman diagrams a dozen plays on two mimeo stencils and hands reproduced copies to next year’s prospects.  Ray recruits Larry to help him practice plays.  He favors two: the long bomb and the quarterback keeper.

In the fall Ray suits up, the team’s third-string QB.  Coach Schierman finally calls his number.  In the huddle, down on one knee, Ray makes eye contact with each of his pass-catchers.  “Go long.”  He launches the bomb just before he’s flattened.  Spectators cheer the mighty heave, a rising crescendo—that breaks off as the ball slip’s through Garside’s fingers.

Call it a season.  Call it a career.  Incomplete.