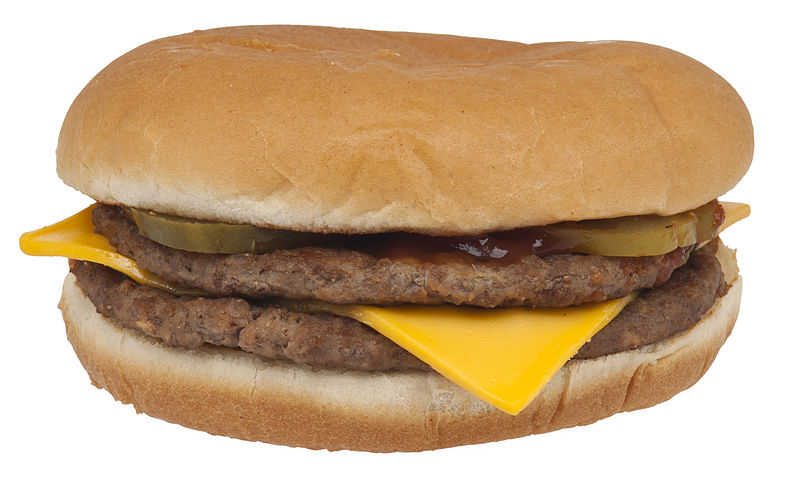 Larry and Ray, needing lunch, found themselves at McDonalds, a lazy choice that Larry soon regretted.  The lights hurt his eyes.  He felt the clown’s ominous presence.  The more he searched the menu for a bargain, the more confused he became.

An older woman, in uniform, surely somebody’s grandmother, approached the counter.  “May I take your order?”

Larry felt as if he had waded into a swift-flowing stream, into current, out of his depth.  He looked back at Ray, hoping his friend would throw him a rope.  “What’re you having?”

In the parking lot Ray looked into the sack.  He wondered whether Larry had noticed the steam coming out as the old woman’s bony fingers crinkled it shut.